Swarthmore college has a ban on ethical divestment

"As a matter of policy, the Investment Committee manages the endowment to yield the best long term financial results, rather than to pursue other social objectives." – Statement of Investment Objectives and Policies

together we can ban it

Our Statement
Our Pamphlet
Our Letters

To the Swarthmore Board of Managers:

Following years of student activism, The University of Michigan announced last week that it would immediately divest its $12.5 billion endowment from fossil fuels and reorient its energy investments towards renewable energy.

It was Swarthmore students that started the global fossil fuel divestment movement, yet the Board of Managers continues to cling to a policy of managing the endowment "to yield the best long term financial results, rather than to pursue other social objectives." Not only does this ban on divestment go against the clearly articulated demands of numerous Swarthmore students, faculty, and alumni, it is increasingly out of step with our peer institutions.

The steady stream of colleges and universities divesting from fossil fuels shows that divestment is feasible and practical. In refusing to even consider divestment, the Board damages the reputation of this school and exposes its "Quaker Ethics" and "Swarthmore Values" as hollow principles. This is not to mention that the Board's insistence on keeping Swarthmore invested in fossil fuels makes it complicit in a climate crisis that endangers every past, present, and future member of the Swarthmore community, as well as the rest of the world.

Fossil fuel divestment alone, though, is not enough. As student activists at Michigan said, colleges and institutions must “not only divest from fossil fuels more completely, but divest from all unethical industries [emphasis added] and reinvest in a rapid, just transition and community resilience.” In solidarity with this spirit, we call on Swarthmore to divest from companies involved in Israeli apartheid and the prison industrial complex. We also demand the establishment of a student and Board-run Ethical Investment Committee to ensure that investment decisions are accountable to the Swarthmore community.

Swarthmore’s refusal to consider ethical investments is an act of violence, keeping this institution invested in oppression and death. The longer the Board of Managers intransigently stands by its 1991 ban on ethical investment, the more it damages the reputation and soul of our institution.

Ban the Ban is a coalition of students representing Students for Justice in Palestine (SJP); Jewish Voice for Peace (JVP); Students for Transformative Justice, Abolition, and Reform (STAR); and Sunrise Swarthmore, calling on the college to revoke the 1991 ban on ethical investment and establish an ethical investment committee. Learn more and get engaged through our Carrd. Read our statement in Voices or the Phoenix, sign our petition, and follow us on Facebook and Instagram. 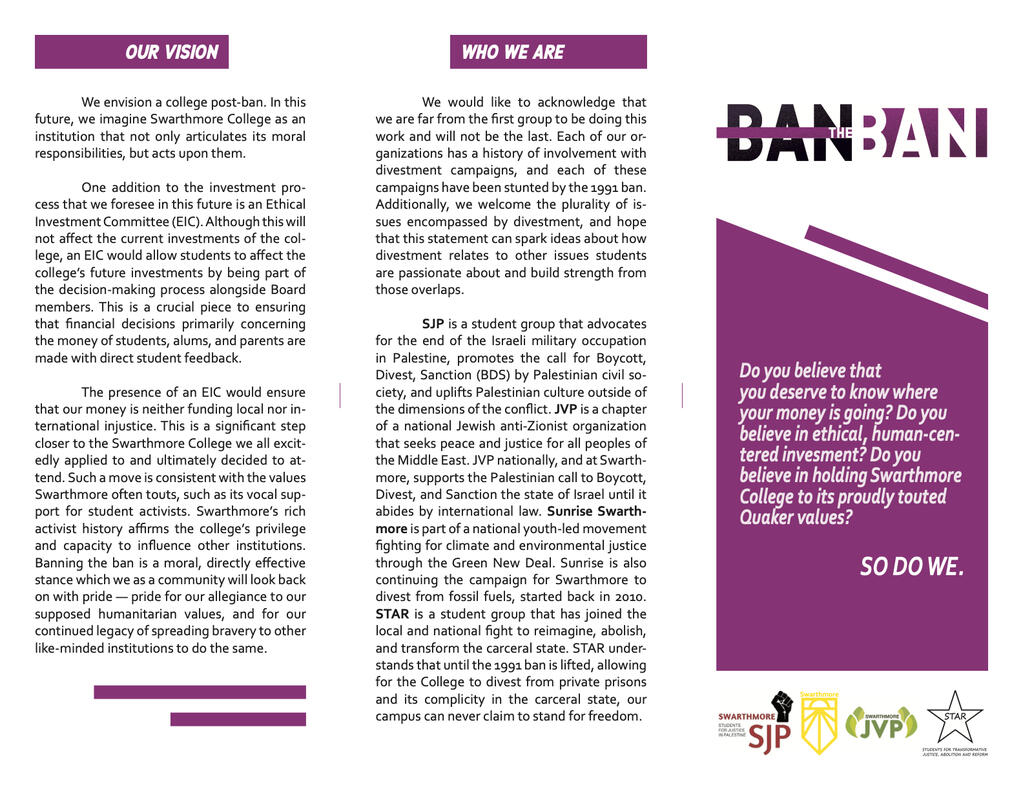 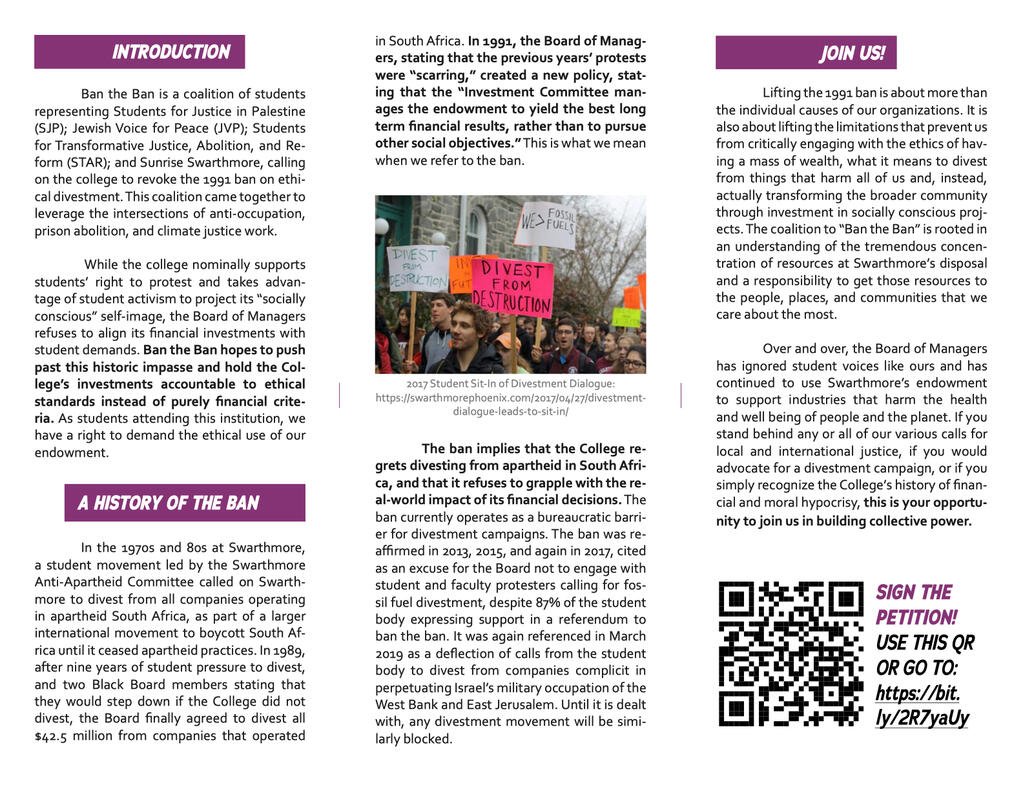